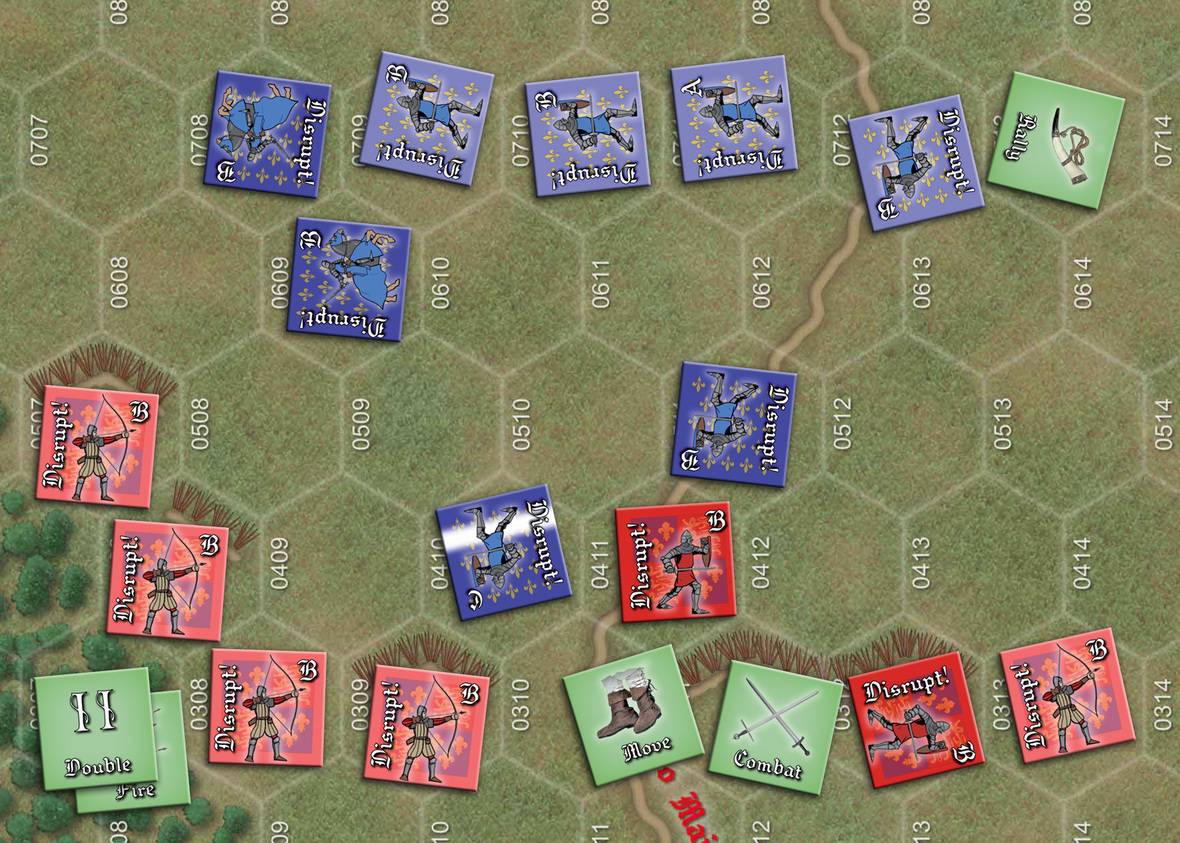 Our Royal Bones, We Happy Few, and Stamford Bridge/A Hill Near Hastings –50% Off 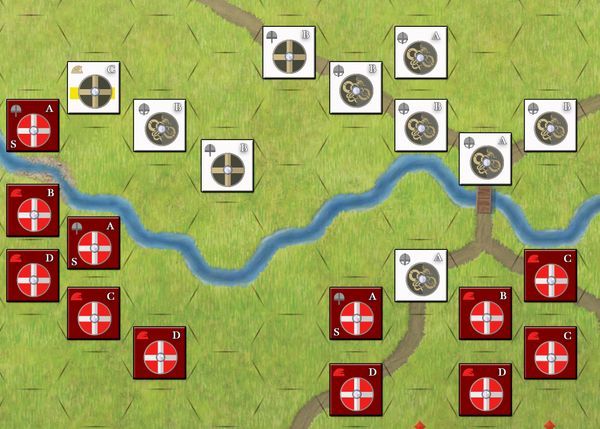 Tom Russel’s Shield and Sword system, covering medieval battles, is 50% off. We are discontinuing the series, so this is your last chance to get these games. When they are gone, they are gone.
These three classic titles cover everything from Agincourt to to the Battle of Stamford Bridge, in an easy-to-play, yet immersive system. Click here to get your copy.

D-Day and Beyond Now Shipping! 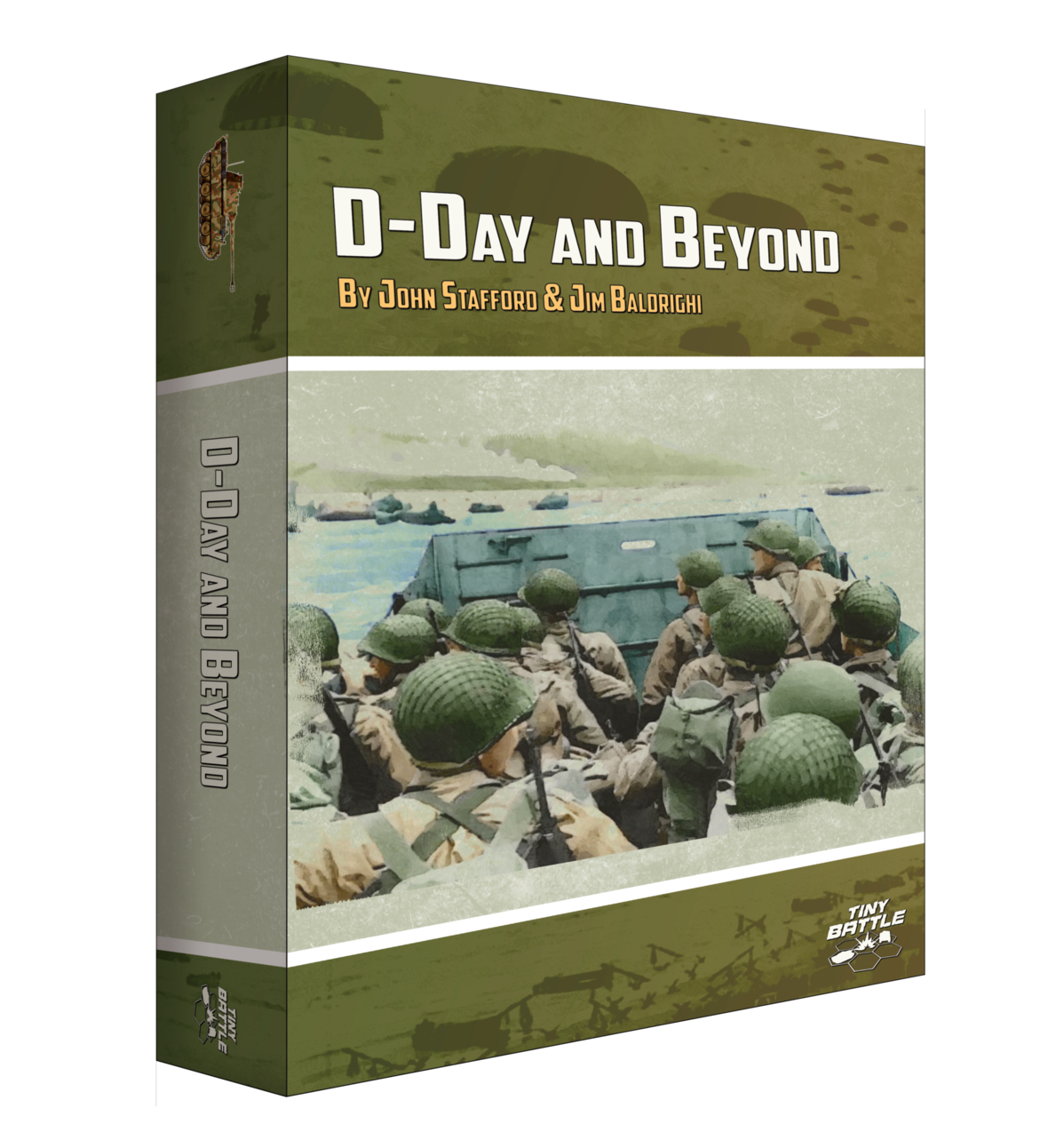 Well, it’s been a much longer wait than we anticipated, but the game is finally shipping. D-Day and Beyond is headed out to our customers.

D-Day, the largest amphibious invasion in history, opened the final chapter of the war in Europe with the landings on four Normandy beaches. For almost a year, General Eisenhower balanced Allied resources and clashing subordinates as he slowly drove back Field Marshal Karl von Rundstedt’s forces, who struggled with Hitler to command his theater forces. In late January 1945 the Rhine was breached and the end of the Third Reich drew nearer.

D-Day and Beyond is a tense, two-player operational board game covering the European theater from the French Atlantic and Mediterranean coasts to the dense German forests, the Siegfried line, and the Rhine River. The Allied player faces the tough decision about where and when to land troops, what scarce air and naval resources to employ on offense or defense, and struggles to keep a coherent supply line to his forward troops. The German player has to throw the landing(s) off the beach, if able, and failing that, fight a retrograde war that requires balancing holding key terrain, slowing the Allied advance, and preserving units. Additional rules showcase the Resistance, rail movement, airborne operations, carpet bombing, the release of German reserves, and the infamous Wacht Am Rhein offensive known as Autumn Mist. 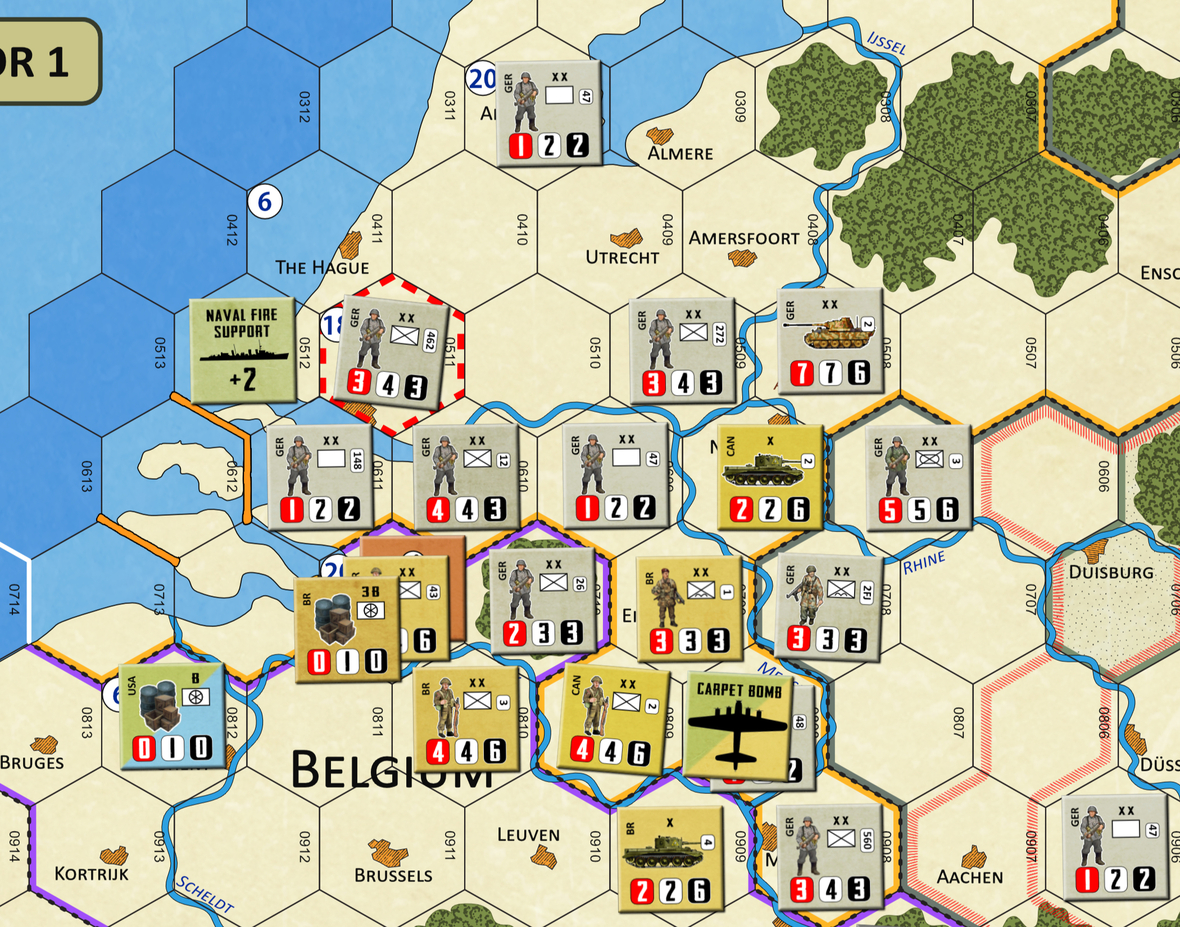 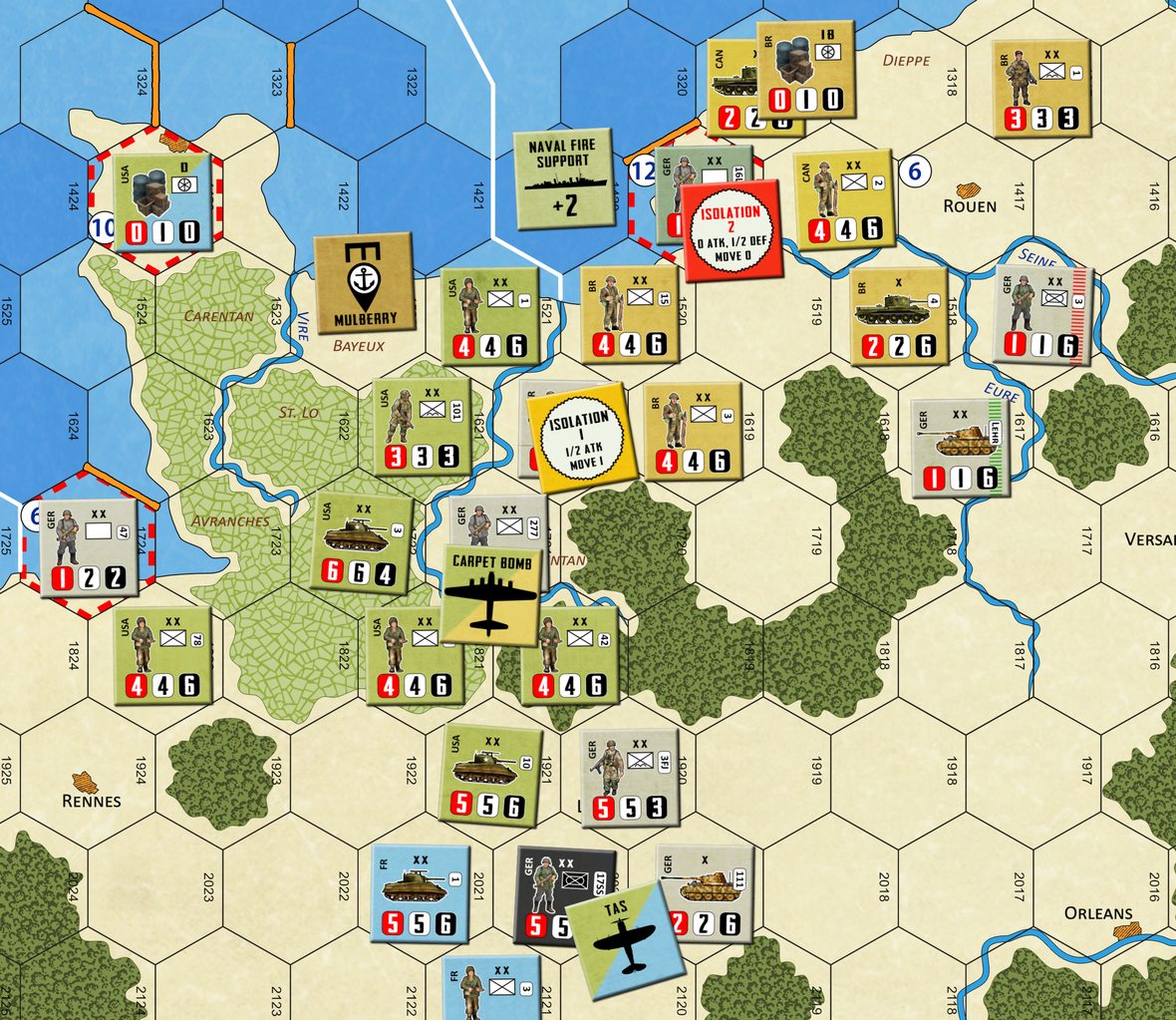 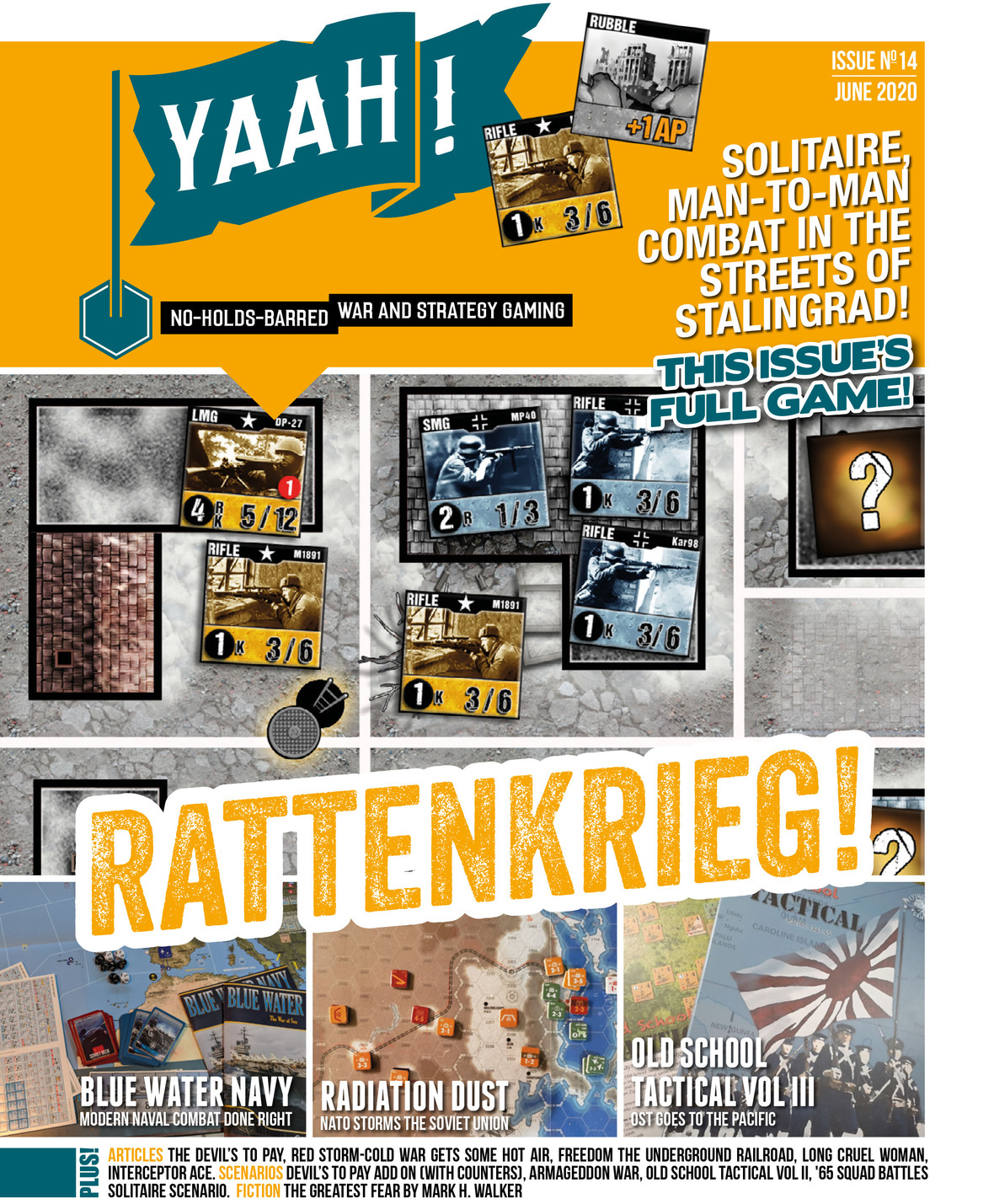 Yaah! #14 comes with a spiffy new, man-to-man solitaire game from one of the best solitaire designers in the industry, Gottardo Zancani. Titled Rattenkrieg, the game simulates up close and personal combat in Stalingrad, circa 1942. Rattenkreig features a robust AI bot, and an innovative way, based on the actual size of the counter, to calculate to where a unit may move.

Of course the gaming doesn’t stop there. We have a complete The Devil’s to Pay expansion with new counters! Find out what would have happened if either or both sides had additional troops the first day of Gettysburg. Yaah! #14 also includes a new solitaire scenario for ’65 Squad Battles, another for Old School Tactical Vol 2, and an Armageddon War scenario to boot.

Articles? We’ve got your articles. There are pieces on numerous games, including Blue Water Navy, Red Storm, Freedom Underground Railroad, Old School Tactical Vol 3, Long Cruel Woman, Radiation Dust, Interceptor Ace, U-Boot, The Devil’s to Pay, and the usual column by Peter Perla. Finally there’s a World War III short story by Mark Walker titled, The Greatest Fear. Read along as two soldiers find out that neither the attacking Soviets nor a zombie horde is their greatest fear.